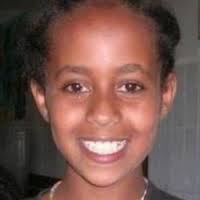 I read something today that greatly disturbed me. It was in this blog post by Kathryn Joyce, author of The Child Catchers:

Hana Williams: The tragic death of an Ethiopian adoptee, and how it could happen again

Note: The above article is very lengthy and discusses other Ethiopian adoptees also, not only this case. Here is another good source, from adoption advocate Maureen McCauley Evans. She has written extensively about Hana:

If you want to know more, just google “Hana Williams.” You will find a plethora of information of how this little girl was systematically abused to death at the hands of her “parents.”

After starving, beating and treating her like something sub-human, they were so “surprised” that she died. Here is her obituary published in the Skagit Valley Herald, May 15, 2011:

“Hana Grace-Rose Williams, age 13, passed away unexpectedly at her home in Sedro-Woolley on Thursday, May 12, 2011.
Hana was born on July 19, 1997 in Ethiopia and came to join the Larry & Carri Williams family on August 16, 2008 at the age of 11. She was a very pleasant young girl with a great personality and a beautiful smile. She enjoyed knitting and crocheting, reading, drawing and various crafts, playing soccer and riding her bicycle. Hana is survived by her parents, Larry & Carri Williams…”

If you read the comments starting from the oldest, you will find condolences to the family:

Within three months, the condolences are to Hana herself:

I’m sorry nobody protected you from the ones who were suppose to protect you, your parents. ~Lisa

Hana, We never met, but I am writing on this wall to let you know you are not forgotten. God bless you and I pray those who truly cared for you are comforted knowing you are with Christ and you are suffering no more. ~Matt

Here is the pathetic excuse for a marker that’s been on Hana’s grave since May 2011:

Here are members of the local Ethiopian community who came to remember Hana the day Larry and Carri Williams were sentenced. They visit often, praying and singing hymns.

In fact, here is the article the photo came from. See Mr and Mrs Williams cry for themselves like they never cried for Hana:

The Ethiopian community wanted to have an actual gravestone made and were raising money to do just that. This was the design chosen:

Isn’t it lovely? And appropriate? Besides restoring her original name of Hana Alemu, they kept Williams, since it is her legal surname, and so people would be more easily able to find her. The Amharic script reads: “We love you.”

The plot is already owned by the Williams family. There would be no additional costs for them. What could possibly go wrong? This. These are the final lines in the post by Kathryn Joyce:

“Two years after Hana’s death, the Williamses’ extended family suddenly ordered a headstone themselves. The birthdate on the stone, the local funeral home told me, will read 1994—three years earlier than the year listed on Hana’s death certificate. As the Williamses head into appeal, the engraving is an attempt to posthumously change Hana’s age from 13 to 16, just as the Williamses’ defense attorneys had argued in seeking to invalidate the trial’s most serious charge, to cast Hana not as a youthful victim but a troubled older teen. If only on a symbolic level, it gives the parents who abused, shunned, and ultimately killed Hana the last word on her life.”

They were her captors and ultimately her killers. They bought her like she was an exotic animal they wanted to tame as a project. They were never, ever her parents in any way other than in the strictest legal sense. And even in death, they still own her.

They changed her name and now they want to change her birthdate. Even after composing her obituary where they acknowledge her age while painting a glowing report of her life. It would not surprise me if they also want to inscribe their sick claim that Hana killed herself, making them the pitiable victims left behind. Her remains are theirs, they can say anything they want.

She was also brutally killed by her adoptive parents. But this is her headstone: No mention of her killers Joel Steinberg or Hedda Nussbaum. Instead her original name and original parents are listed. The reason is simply because Steinberg never legally adopted Lisa. He was a cheap lawyer who was supposed to facilitate her adoption to others but instead kept her himself. If she had been legally adopted it could have been the same situation as Hana’s.

And then there is this:

The case of missing mother Susan Cox Powell of Puyallup, WA has never been solved. Her two young sons reportedly told people that Mommy was dead, and the strong suspicion was that Josh Powell, her husband their father, killed her. When Powell felt it was all closing in on him, he killed his two little boys then blew up the house, rather than give up his children or face justice. His surviving family wanted Powell buried next to his sons. This so incensed local law enforcement, who had tried to protect the boys for so long, that they bought all the cemetery plots surrounding this one, creating a barrier that Josh Powell finally could not cross.

Hana has no such protection. No matter the outcry from the Ethiopian and adoption reform communities, Hana’s body belongs to the Williams family. They bought her. They own her. This is adoption.

Elle Cuardaigh is author of The Tangled Red Thread.