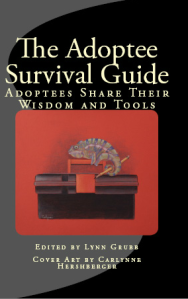 2 thoughts on “Interview with Paige L. Adams Strickland of The Adoptee Survival Guide”